What if we all decided to save energy together? This is one of the four objectives of the Paris La Défense strategic plan. We explain it all to you!

To meet its commitment to halve its territorial greenhouse gas (GHG) emissions by 2030 and reduce the carbon footprint of its buildings, Paris La Défense is mobilizing the collective intelligence through several concrete initiatives.

The best energy... is that which is not consumed! This is why the public establishment intends to encourage and stimulate the reduction of energy consumption on its territory, while positively releasing imaginations through calls for projects or even competitions.

Another major asset: renewable energy! With the greening of urban heating networks, they are helping to decarbonize the region. From the first quarter of 2023, a large part of the Paris La Défense area, including the business district, will switch to green energy thanks to agropellets and biofuels, thus contributing significantly to the progress made!

Our objective? To encourage local service providers and players to take part in the collective effort by overhauling its environmental and social inclusion criteria!

Actions guided by our strategic direction 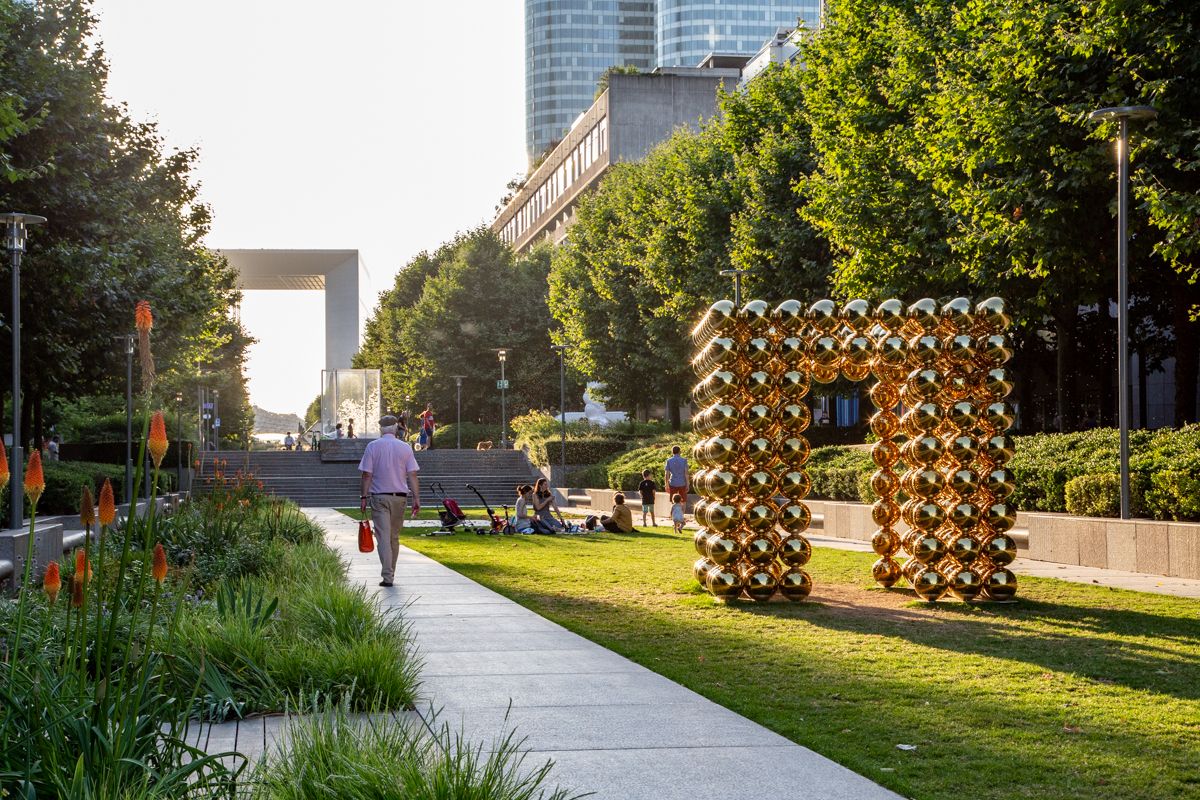 In 2021, Paris La Défense adopted a new strategic direction setting the objective of becoming the first post-carbon business district in the world and halving territorial greenhouse gas emissions by 2030.

To achieve this goal, Paris La Défense is focusing its action on four major areas of work in which energy savings are crucial. Here are the first initiatives deployed: