Exhibition: A life under the slab

Titwane, draftsman and illustrator, spent nearly two weeks immersed in the towers of Paris La Défense to meet homeless people and the volunteers who help them. A poignant testimony in the form of illustrations to be discovered until the end of January at Espace Info Paris La Défense.

Nathalie Birchem and Sabine Gignoux, two journalists accompanied by an illustrator, Titwane, went to meet homeless people taking refuge under the slab of the district for two weeks. Several associations working in the fight against extreme precariousness were also at their side.

You can now discover the artist's drawings at Espace Info Paris La Défense, until the end of January! 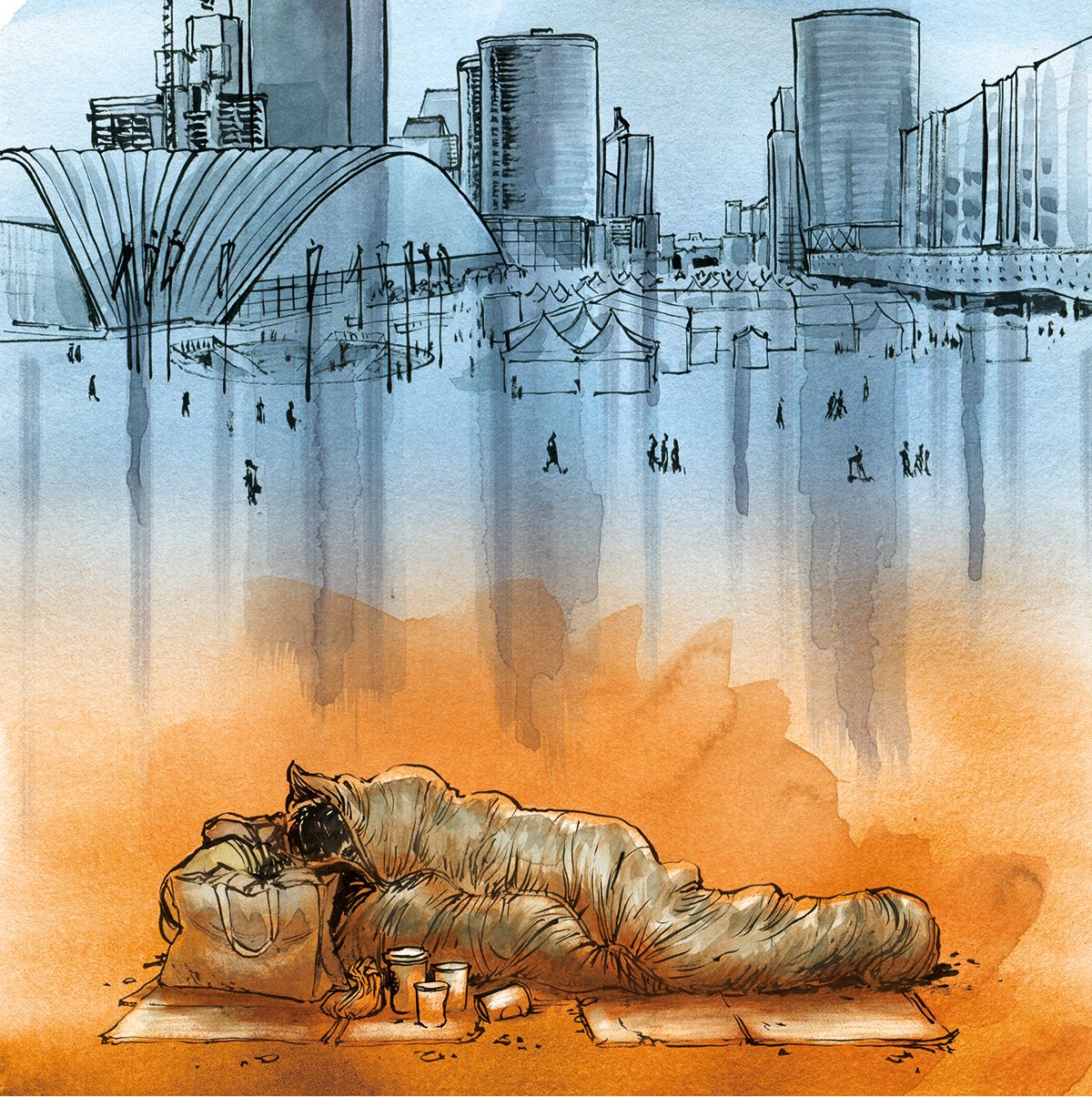 **Learn more about the artist

La Défense, Titwane knows her well! The artist worked in an office of the Grande Arche for many years. Self-taught, his talent quickly caught up with him because 15 years ago, he decided to make a living from his art: drawing. A few years later, the artist worked for numerous newspapers, dozens of books for young audiences and adults and magazine covers. Titwane was even awarded in 2018 for its "immersion in the heart of the miners' protection brigade" and more recently with the Varenne Foundation prize for the report "Sous la dalle de La Défense avec les sans-abris". That's not all! As part of the 2019 Strategies for Media Innovation Grand Prize, the survey also received a "gold award" in the category of best editorial initiative - best survey.