During this year of 2022, Paris La Défense has carried out a number of key projects in the Rose de Cherbourg sector. 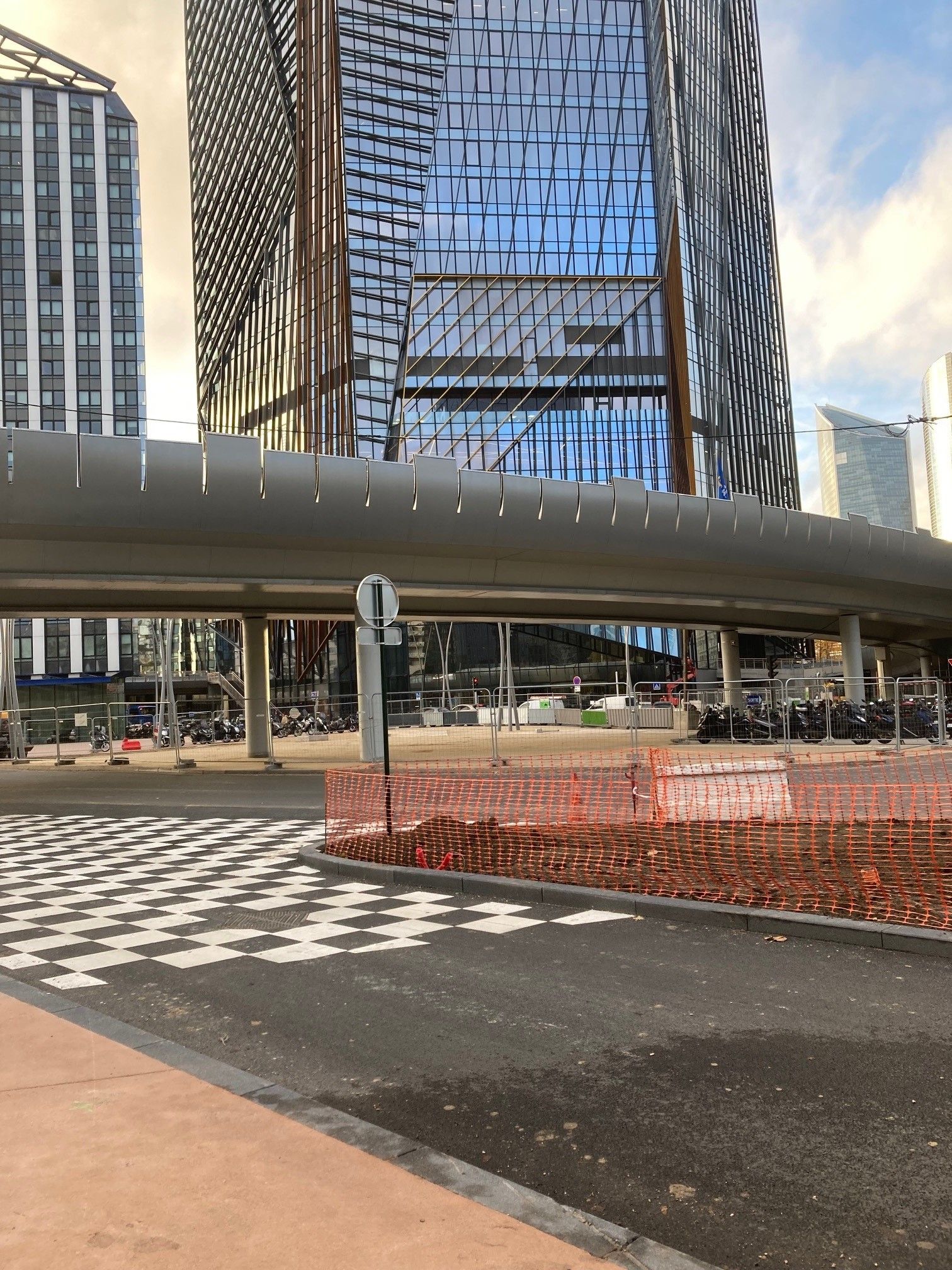 The geometry of the roadway and the pavement were recently finalized on the circular boulevard, which made it possible to create a pedestrian and bicycle mall with vegetation at the same location on which the real estate lots are now addressed. Indeed, the transformation of the circular boulevard conceived as a highway into an urban boulevard is one of the main objectives of the project.

The pink-colored floors are very present in the district and are particularly representative of the central square, the surroundings of the towers (notably the Hekla tower, on which work was recently completed) and those of the new park. Together with the furniture and lighting, they contribute to the transformation of the Rose de Cherbourg into a more urban space, less roadway, reweaving simple connections between Puteaux and La Défense.

As for the park, the work will be completed with the final planting in the first quarter of 2023. In total, nearly 1.5 hectares will have been planted. The wooden play structures are already accessible!

Finally, the end of the installation of the guardrails marks an important step. They are present above the railroad tracks and along the entire promenade, making traffic safer and contributing to the change in the sector's identity.

The following equipment has also been installed: retractable bollards, lifting barriers and cameras. More discreet but essential work consisted in completing the waterproofing of the structures.

A year rich in accomplishments that announces the delivery of this "piece of the city" in the first quarter of 2023. The Rose de Cherbourg will complete its transformation to become an active destination open to the neighboring districts!

What are the last steps in 2023 before the final delivery of the Rose de Cherbourg district?

The construction of the stairs and elevators will ensure the new connections to the suspended promenade. At the same time, the following work will be carried out in the first quarter: