Developed by GALILEE DEFENSE (Unibail-Rodamco-Westfield group), LIGHTWELL is a heavy restructuring project of the Galilee office building (ex PB15-PB16) located in the Michelet district in Paris La Défense, between the Esplanade du Général de Gaulle and the Cours Michelet. 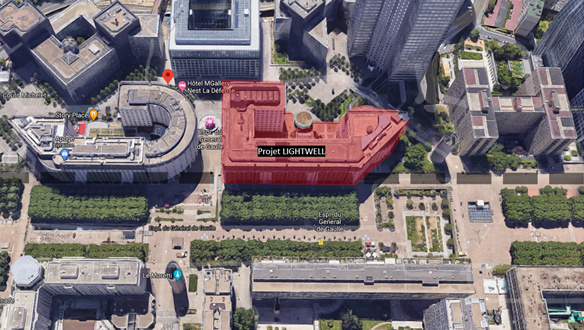 A first phase of preliminary work, including cleaning and abatement of the existing building, was launched in 2020. 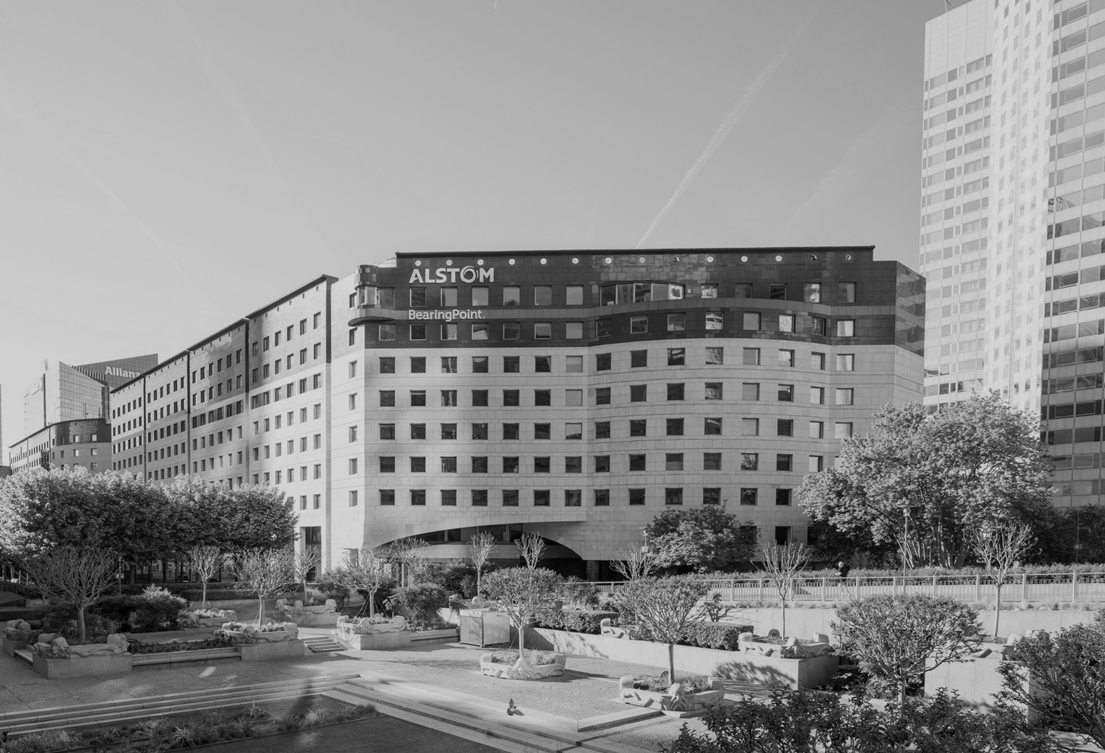 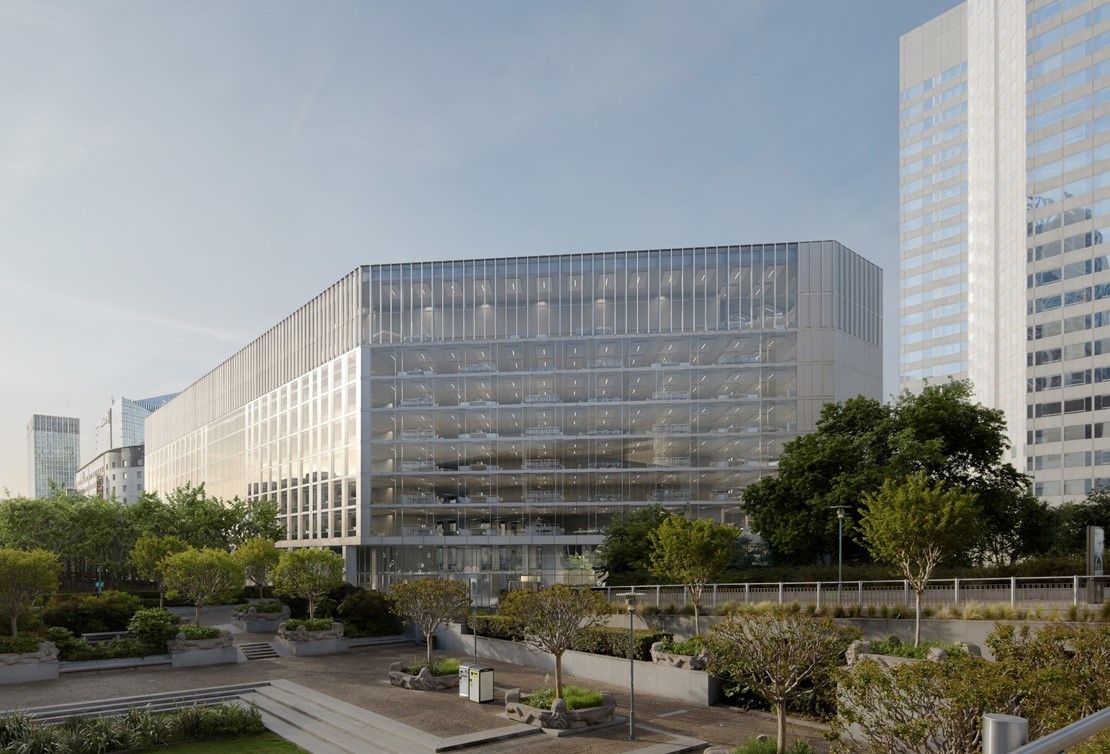 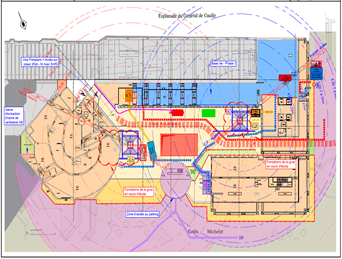 The site will have two tower cranes located in the heart of the island inside the building. A site right-of-way will be located in the Voie des Sculpteurs and the cantonments will be installed inside the building. As a result, rights-of-way over public space will be limited. The existing pedestrian paths (access, passageway etc.) are maintained but will be slightly modified as the site progresses. We will communicate this information to you in advance of these different phases.

Restructuring work and measures taken to limit the nuisances of demolition

Inside the construction site:
• Tower crane assembly;
• General demolition preparation work;
• Installation of scaffolding for demolition and facade lifts;
• Demolition of the last two levels of the building;
• Start of core demolition / reconstruction.

In the vicinity of the site:
• Progressive takeover of site rights-of-way;
• Preparatory work on roads and Michelet courses for construction installations and installation of tower cranes;
• Construction of the Sculptors' Lane for the delivery area and site access.

The company PETIT, in charge of the structural works of the LIGHTWELL Project, informs you that in order to allow the routing of a mobile crane on the Cours Michelet via the Voie des Sculpteurs, the Voie des Sculpteurs will be closed to traffic in the evening from 7pm to 10pm on 23 May 2022 and on 31 May 2022:

Traffic may be restored before 10pm depending on the progress of the works.

The closure will take place at the entrance gantry of the Voie des Sculpteurs, at the intersection with the rond-point de la Défense. Traffic will be managed by traffic wardens and appropriate signage.

Three means of communication for local residents and neighbourhood users will be put in place: