Redevelopment of the public spaces of the Place Carpeaux

Following the consultation held in 2016, Place Carpeaux will be the subject of an urban transformation carried out and financed by Paris La Défense in order to accompany the evolution of uses and atmospheres generated by the upcoming arrival of the Sisters Towers and the new EOLE station.
The square will be levelled and new unified pavements will be laid to allow easier access for people with reduced mobility** while improving comfort for all. Pedestrian and vehicle flows will also be separated to improve safety.
As the gateway to the business district, Place Carpeaux is intended to become a place of life and entertainment that will allow everyone to enjoy the new islands of vegetation, welcoming street furniture and future relaxation areas at the bottom of the towers and near the shops.

Start of the works

In November, preparatory work consisted of installing the protective decking on the Perronet North lane. The purpose of the decking is to protect the track and maintain bus traffic during the demolition work. 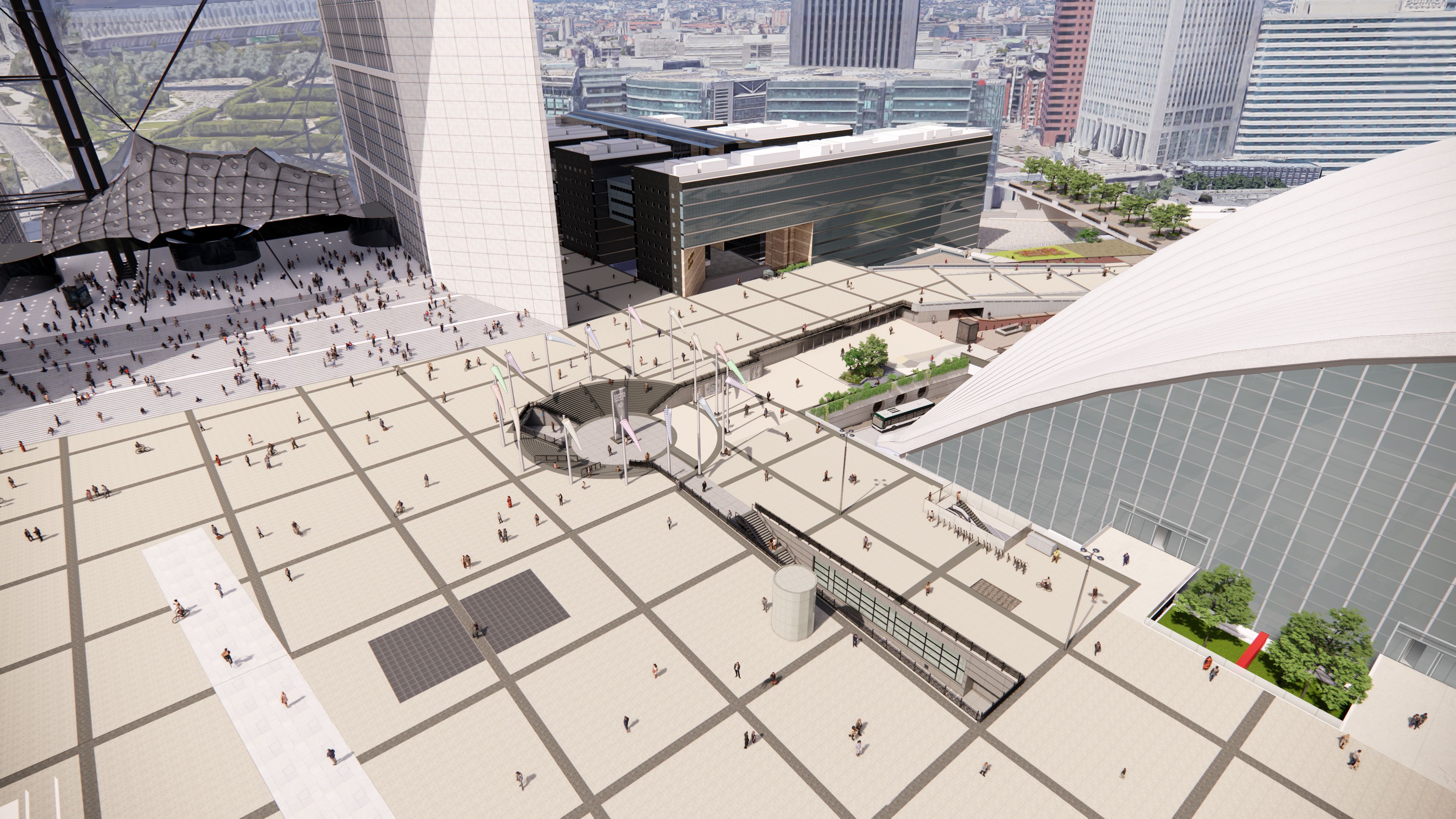 Throughout the project, the public establishment will inform residents, employees and merchants of the various stages of the work. Initially, during the Défense Nord et Axe residents' committee meeting on October 19, 2021, organized by Paris La Défense, all the project's players presented the major stages of the redevelopment in detail.
Contact Here

Find more information about the project and the construction site at parisladefense.com