As part of the development of the Rose de Cherbourg sector, which plans a new destination at Paris La Défense by 2022, several projects are underway. We would like to inform you as best we can about the nature of the planned interventions and the nuisances that may be caused.
We would also like you to know that the companies will do their utmost to reduce these artworks as much as possible.

A reminder of the work started this summer and in the process of being completed (or completed): the lowering of the Rueil slip road, the Valettes crossroads, the removal of lighting masts, the removal of guardrails above the railway tracks.

Work on the central square

Stages of the construction site : 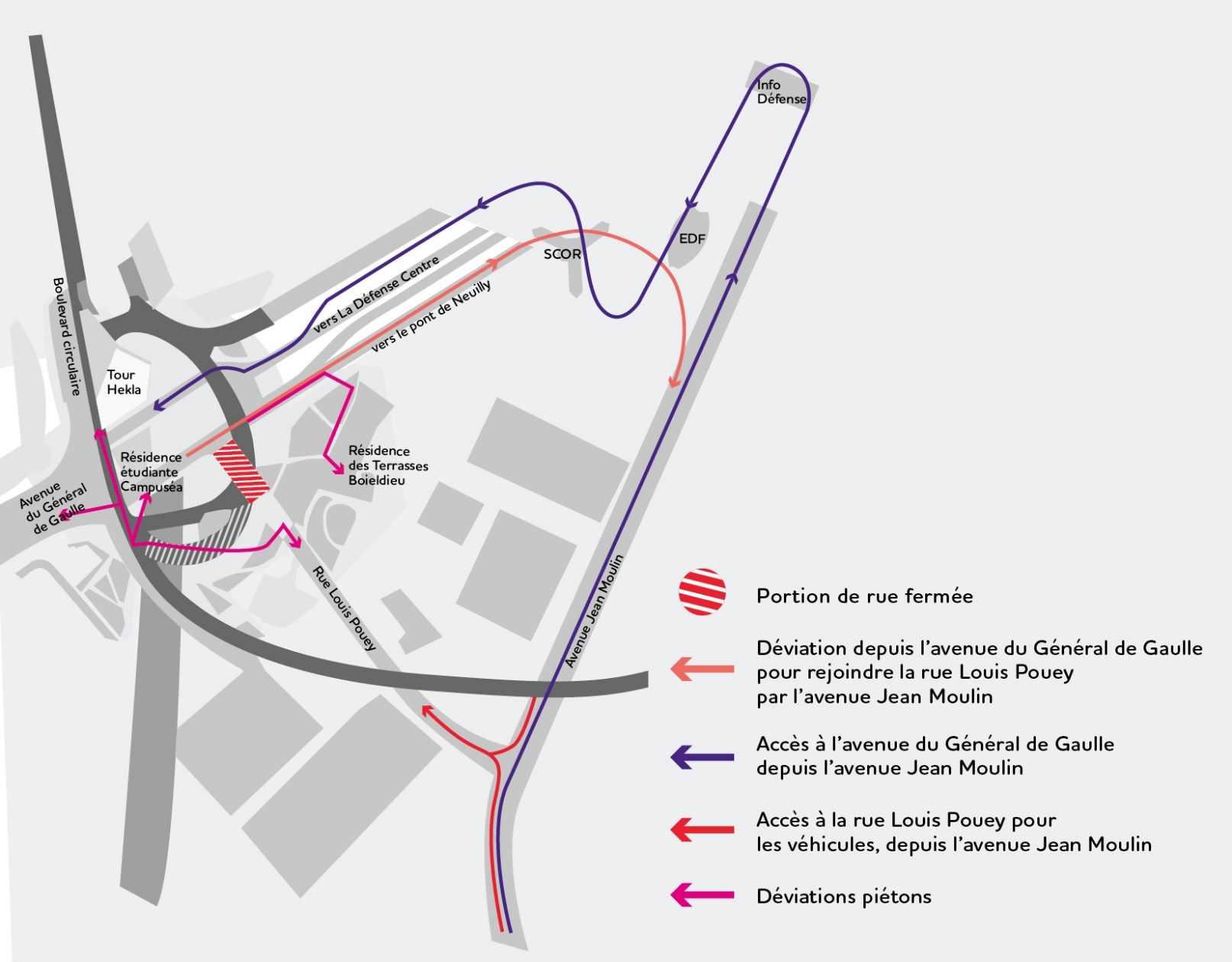 Intervention above the railway tracks

Paris La Défense will operate over the railway tracks near the Square Turpin near the Avenue du Général de Gaulle. The works involve removing part of the asbestos structures (in accordance with current safety regulations), installing formwork panels enabling workers to work over the railway tracks during the day, reinforcing a structure in the tunnel and drilling holes for the reinforcement of the concrete beams. One of the long-term objectives is to bring the interchange up to standard (changing all the guardrails).

The drilling for the installation of the reinforcement of the concrete beams is planned for 5 nights from 1st to 5th March 2021. As the trains run during the day, the company's work can only be carried out at night... We apologise for any inconvenience caused.

If you have any questions about the project : rosedecherbourg@parisladefense.com and during the nights of work, the Razel company is at your disposal: David Boillot - 06 78 42 03 17