**The recent World Water Day, under the aegis of UNESCO, is an opportunity to recall the importance and fragility of this common asset of humanity. It is also an opportunity to review the actions of Paris La Défense to manage this resource in a sustainable and reasonable manner.

Different watering depending on the green spaces... and the weather!

Parks, squares, gardens, terraces, squares, esplanades... 35% of the pedestrian space in the business district is planted, which represents 37.35 hectares. Responsible for their maintenance, Paris La Défense is working to rationalize water consumption by integrating the constraints of a rather Mediterranean climate on a slab several meters above the ground.

The first principle is to reduce water requirements upstream and then water in a personalized manner according to the type of vegetation. "For green spaces, we take into account the intensity of use, the depth of the soil and the size of the surface," explains Françoise Ségalard, Water and Green Spaces referent in the Engineering and Territorial Services Department of Paris La Défense. "Our weather station contributes greatly to this reasoned water management," she adds. "In fact, it allows us to adjust the quantities poured according to the expected level of rainfall. If there's enough rainfall, the station cuts off the watering."

Drip systems are also deployed at several strategic points. Particularly suited to shrubs, they can reduce water consumption by 50%. Good overall maintenance is also essential in this daily water management. Thus, four Paris La Défense agents check in particular the waterproofing, the masonry, the state of the paving and the cleanliness of the public space. The control also includes good management of the water sensors to avoid leaks.
As a result of all these efforts, consumption has dropped from 113,000 m3 in 2020 to 46,600 m3 in 2021. "These are good results, but they must be tempered by the fact that the summer of 2021 was relatively rainy. Instead of two months, watering was limited to three weeks," comments Françoise Ségalard. Paris La Défense also wants to continue the "eco-garden" labeling launched in 2020 for the Reflets garden, and should thus be audited during the summer of 2022 to label other sites: Jardin Majunga, Jardin de l'Arche, Jardin des Reflets, Place de l'Iris, Parc Diderot, Square de la Dame Blanche, Terrasses Boieldieu, Jardins partagés Boieldieu, Square Regnault, Rue Regnault and Oxygen.
To learn more about the green spaces of Paris La Défense 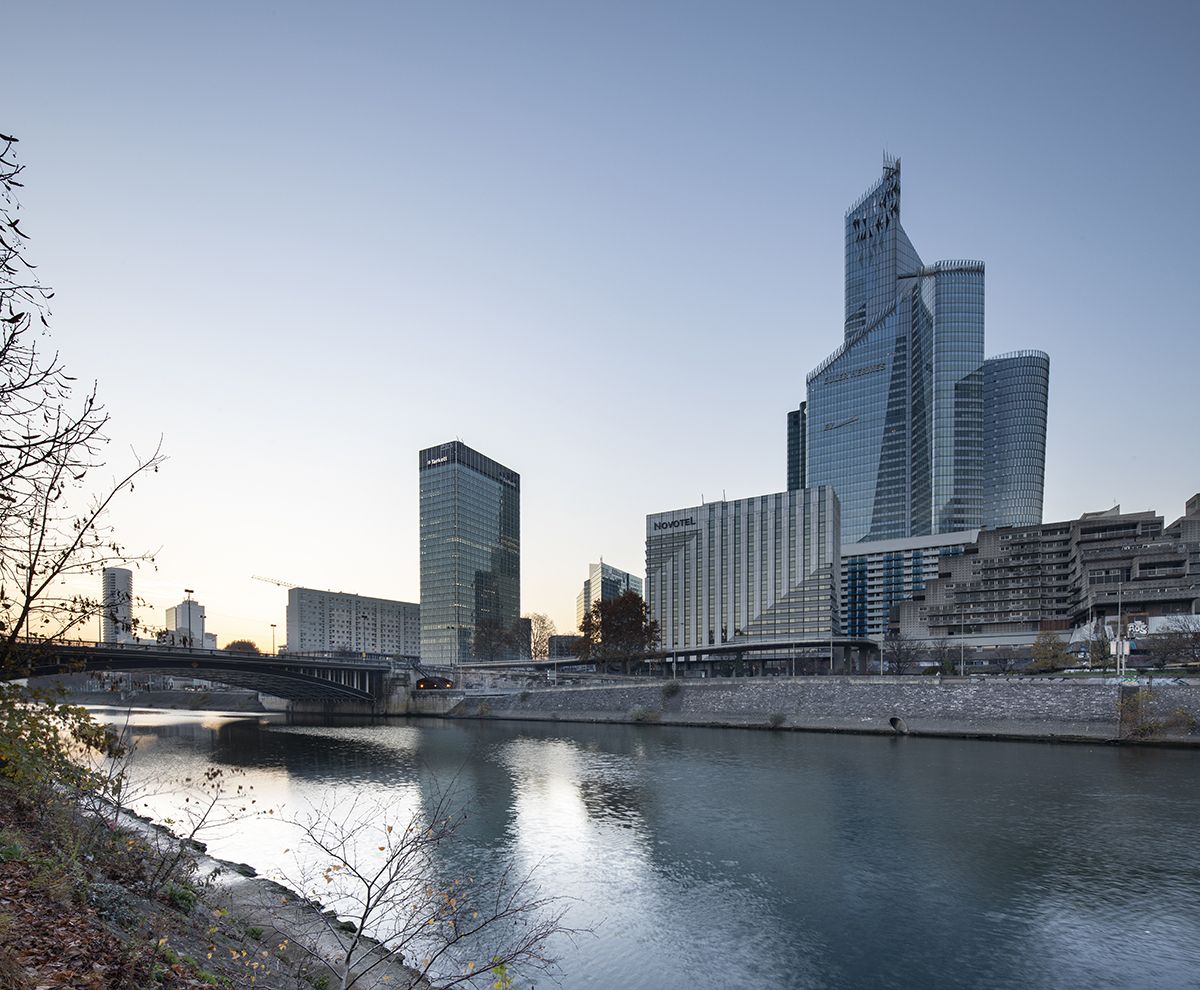 Green and blue networks on the scale of the territory

Paris La Défense is adopting a collective approach in order to be more efficient on such a transverse theme. Thus, in the summer of 2021, the public establishment signed, with twenty other territorial partners, the Water, Green and Blue Tracks, Climate 2020-2024 contract. This document describes the issues, objectives, exemplary programs in place and the commitments of the stakeholders. This is the case for Paris La Défense, which presents five major projects:

Following on from what was done in 2010 with the Hoche eco-neighborhood, the institution is working on the rational development of the Groues eco-neighborhood in Nanterre, with water management as a central component. "Among the project's priorities - soft mobility, greening, diversity of uses - is the management at source of daily rainfall and, where possible, of the heavier rainfall that can occur every 50 years, particularly in the Hanriot sector to the north of the city.

Estelle Citerne, who works in the Urban Projects Department, on this future eco-neighborhood where housing, shops, leisure facilities and public services are mixed. "This means, for example, open spaces, richly planted, that infiltrate rainwater," she adds. "They avoid overloading the networks and treatment plants, especially in the event of very heavy rainfall. They also contribute to the diversity of the environment and the fauna and flora associated with it. Finally, these open spaces provide comfort to users by enhancing the water's path and providing islands of coolness.

Another lever of action: the prescriptions addressed to the real estate operators selected by Paris La Défense, in close collaboration with the City of Nanterre, which is already very rigorous in this area. "We ask developers to infiltrate rainfall on the scale of each property lot. Once again, this involves a significant amount of open land or the creation of vegetated open-air water infiltration basins in the heart of the block. It is also a matter of removing waterproofing from already urbanized areas by creating green spaces," comments Estelle Citerne. Several partners are supporting Paris La Défense in this process: the designers of public spaces (landscape agencies TER, In Situ and design offices such as ATM or Magéo), the City of Nanterre (future manager of the Groues district) and the Seine-Normandy water agency. All of these players and experts are essential to achieving this immense and noble ambition: to preserve the blue gold. To learn more about the public spaces of the Groues district

Building low-carbon buildings is at the heart of Paris La Défense's new strategic direction. Housing, shops, offices or services: several projects are setting an example for the b

It's on! The French Energy Saving Championship officially started on Tuesday 7 December 2021 on the lawn of the Paris La Défense Arena where some of the participating teams came t

This is a first since 2014, the year the competition was created by the IFPEB: The CUBE inaugurates a special &quot;territory&quot; league, and it is Paris La Défense that has the