Paris La Défense is setting up Energy Oases on its territory. The objective? To produce, store and consume local renewable energy! 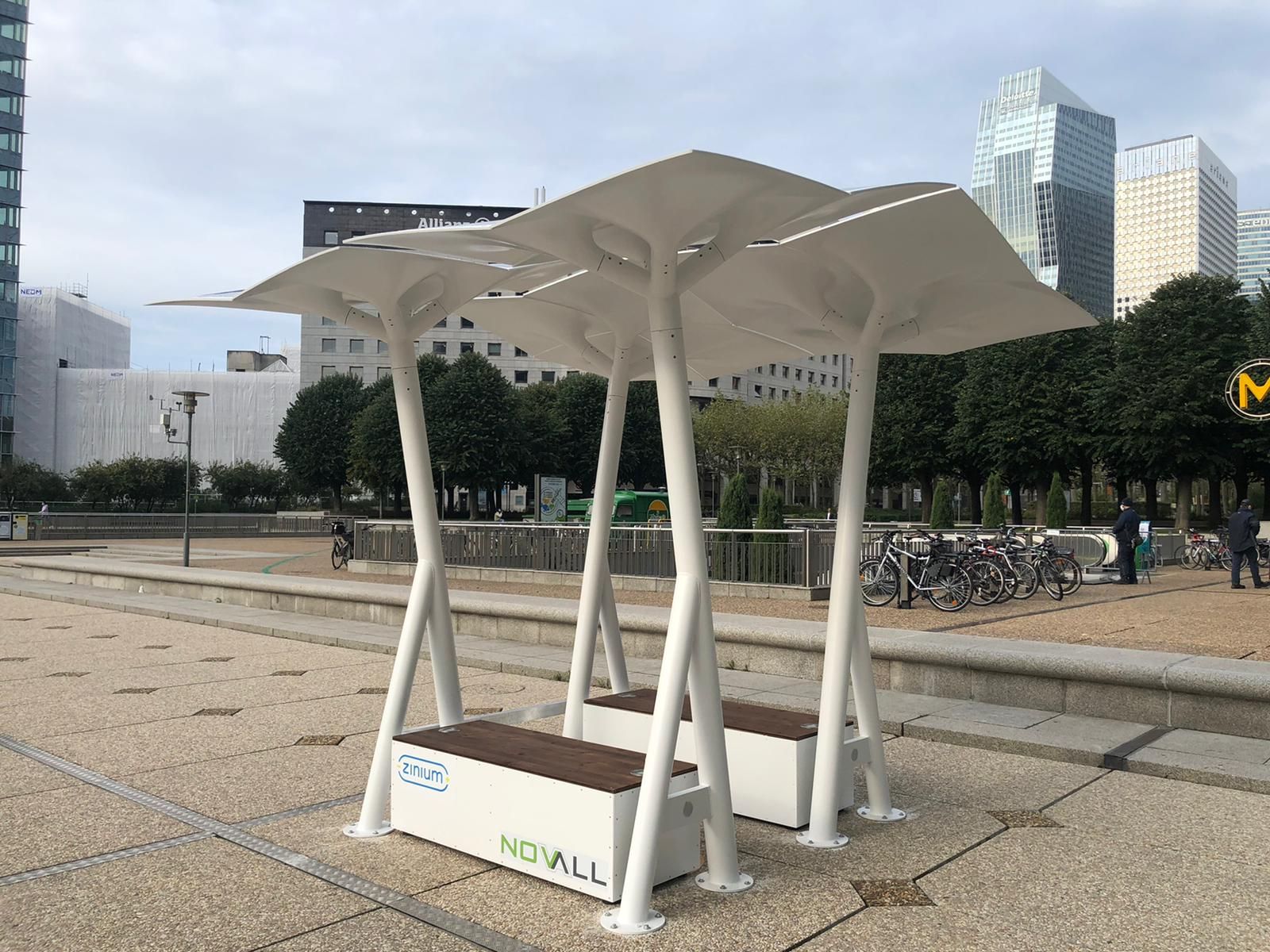 Made up of latest-generation photovoltaic panels, they store energy during the day and release it at any time of the day or night thanks to a new-generation zinc-air battery to power lighting or recharge scooters.

Developed by Novall and Zinium, an EDF subsidiary.

The WindBox, energy production thanks to the wind 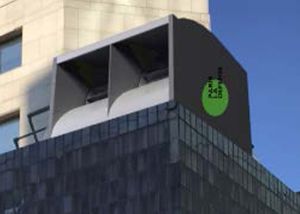 WindBox is a roof turbine in the shape of a horizontal box. The two WindBoxes installed on the Espace Info Paris La Défense will make it possible to exploit the wind of the area and to power up to 900 scooters per year, as well as the LED display of the Espace Info. The project also has the merit of using reconditioned second life batteries.

Developed by WIND my ROOF, a young start-up founded in 2018 and supported by Omexom (VINCI Energies). 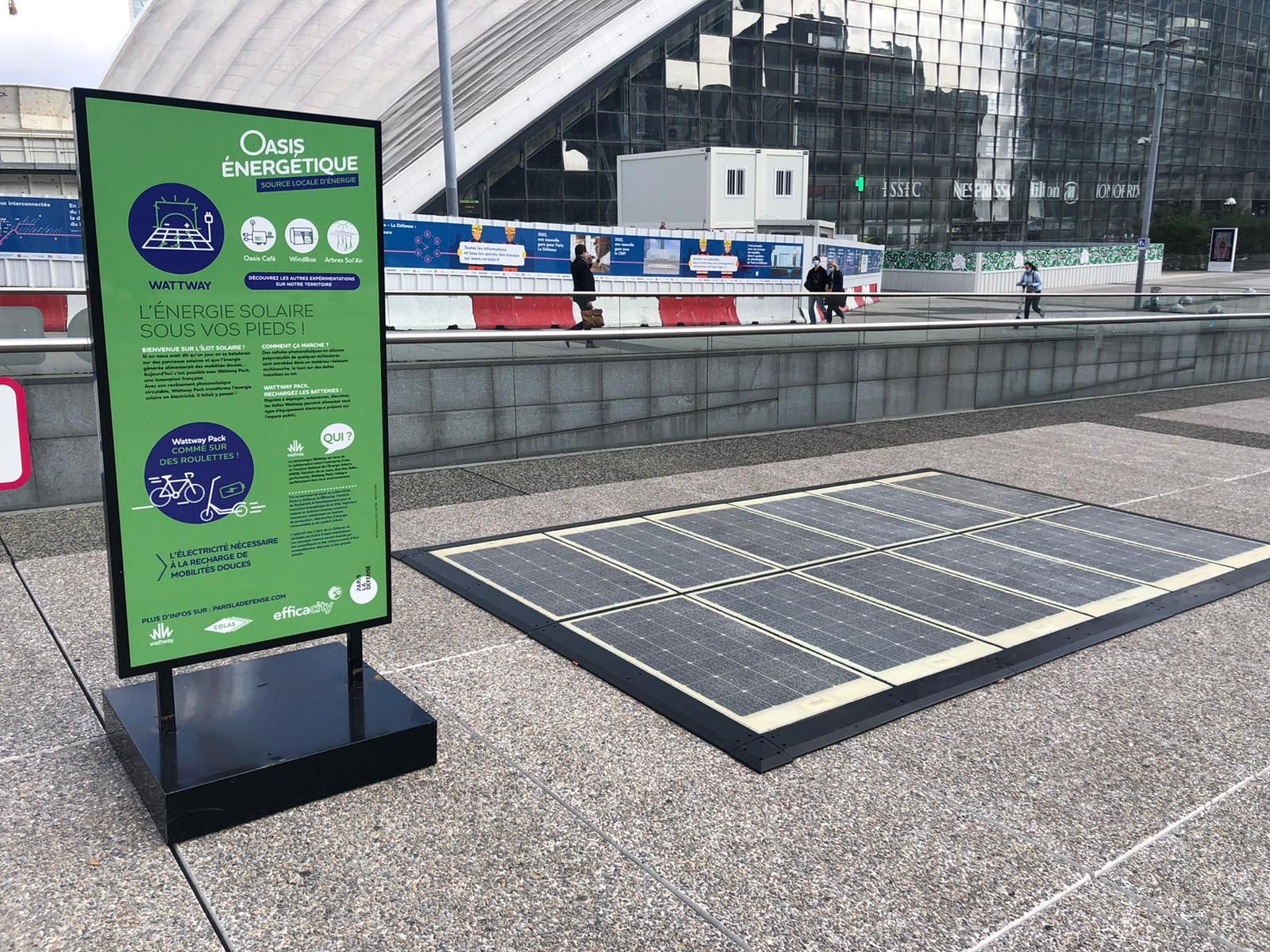 WattWay Pack transforms solar energy into electricity. Photovoltaic cells measuring a few millimetres are embedded in a resistant multi-layer material, all on slabs installed on the ground. Autonomous and discreet, the WattWay tiles will enable soft mobility devices (scooters, etc.) to be recharged.

An innovation resulting from the collaboration between Colas and the Institut National de l’Énergie Solaire (INES).

Mobile and autonomous, the Oasis Cafés supply electricity to coffee trucks, and later could supply food trucks, site tools or signalling systems. With their new generation high-capacity batteries, Oasis Cafés are real power plants on wheels that store energy and make its use more flexible. They can be moved around as needed.
Research carried out by Efficacity and Paris La Défense on the issue of electricity supply (access, flexibility) on the slab.

The development and implementation of the artwork is carried out by Olenergies, PICNIC Architecture and ABB.

This experiment will be deployed in public spaces for 6 months and may be continued on a large scale if it proves to be conclusive.

From 20 October and for six months, the Espace Info Paris La Défense will host an exhibition on the new energies and experiments implemented in the neighbourhood.

After the Jardin partagé des Reflets in 2020, eleven other green spaces of Paris La Défense have been awarded the EcoGarden label! This distinction rewards the efforts undertaken

**The public development establishment has just signed the Pacte Bois-Biosourcé with the association Fibois Île-de-France. Paris La Défense is thus committed to carrying out 10% o

What if we all decided to save energy together? This is one of the four objectives of the Paris La Défense strategic plan. We explain it all to you! Several areas for action To me

A year ago, Paris La Défense adopted a new strategic direction with the ambition of becoming the first post-carbon business district in the world. To achieve this goal, the public