Registration for the CUBE Paris La Défense 2023 competition is open!

**Paris La Défense and the IFPEB are joining forces once again to launch the second edition of the CUBE Paris La Défense competition, the league of the French Energy Savings Championship, which will begin on January 1, 2023!

For this second year of competition, the stakes are even higher. Indeed, in the current context of energy crisis, this league of the French Energy Saving Championship aimed at users of Paris La Défense has a very special resonance.

Over the 2021-2022 season, the 13 participating companies have achieved an average of 15% energy savings over more than 750,000 square meters of building space. And for this new edition, Paris La Défense hopes to beat this record!

See you on December 13, 2022 at 2:00 pm, at Paris La Défense Arena, to celebrate the results and launch this new season.

But what exactly is CUBE?

CUBE Paris La Défense is first and foremost a fun challenge to mobilize local companies to reduce the energy consumption of their buildings.

Organized by the IFPEB for the past 5 years at the national level, it is the largest collective mobilization to reduce energy consumption and carbon emissions without heavy work but rather by mobilizing the teams!

But how do you get companies to participate? The idea is simple: to do positive ecology, on the ground and in an entertaining way. The principle? Companies, schools, buildings or even coworking spaces compete for a year (in a friendly way, of course!) to save as much energy and CO2 as possible, all in a playful and educational spirit. 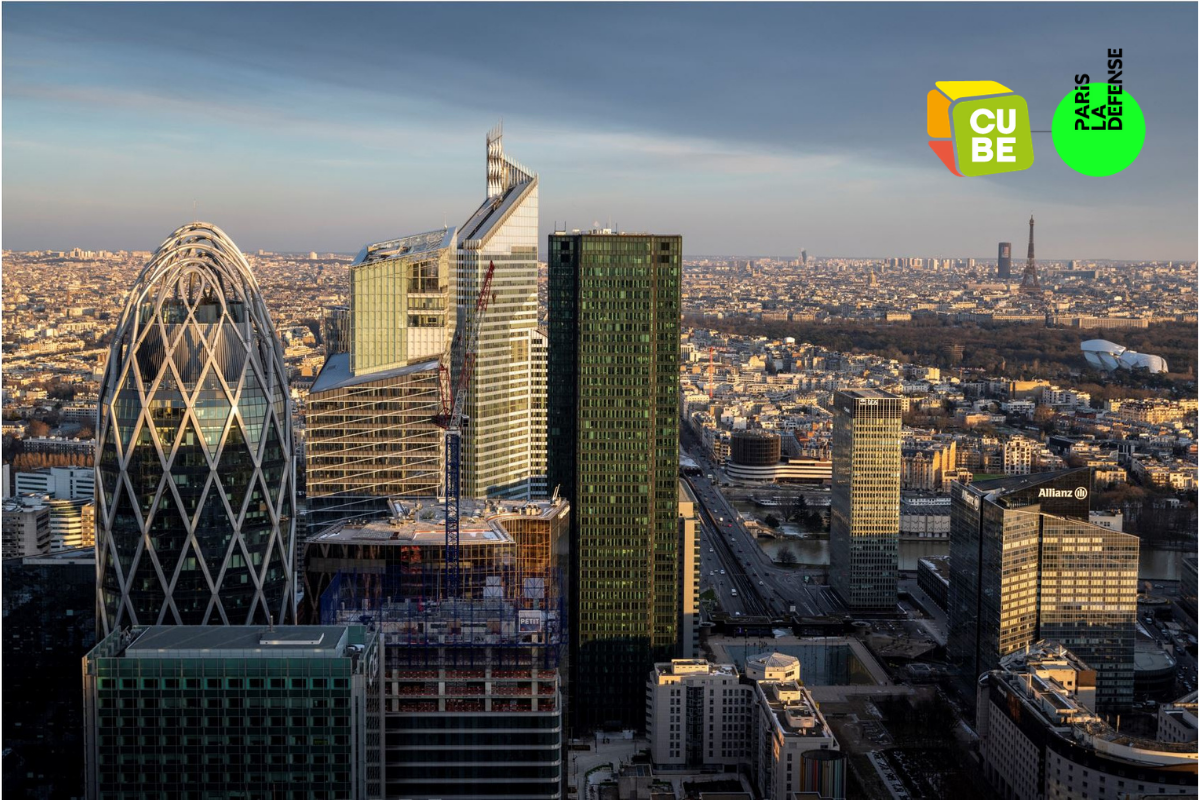 Saving energy and CO2 becomes a national sport! A real championship, with its leagues, its teams, its captains, its undisputed referee who keeps the score, its prize list and its champions. It will be based on the same emulation, the same federative spirit and the same atmosphere as a soccer or rugby championship!

The goal: to get ahead of the ELAN law (tertiary sector decree), which requires all private and public players to reduce the energy consumption of their buildings by 40% by 2030. Participants will have to show their ingenuity to achieve this and try to win a medal at the end of the competition year.

By joining this great initiative, Paris La Défense continues and intensifies the actions around its new strategic direction with the primary objective of mobilizing the actors of the business district around environmental issues and dividing by 2 the territorial greenhouse gas emissions by 2030.

For more information on the strategic direction of Paris La Défense

On September 21, 2022, Paris La Défense brought together nearly 400 representatives of companies, owners and managers of buildings in La Défense. Organized with RTE, the IFPEB and

**After the treasure hunt... the waste hunt! On September 15, 230 of you met at Paris La Défense for the World CleanUp Day to make the business district even cleaner. Armed w

The green is gaining ground!

What if the business district rhymed with vegetation? Developing the place of nature in the city is the ambitious goal of Paris La Défense, and it's quite a program! Up to the cha